8 Ways to get Historical in Fremantle

8 Ways to get Historical in Fremantle 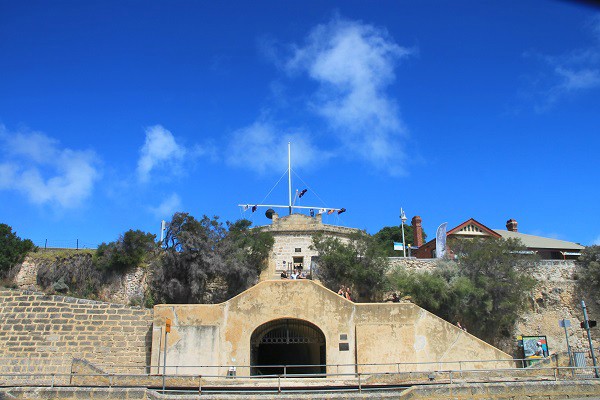 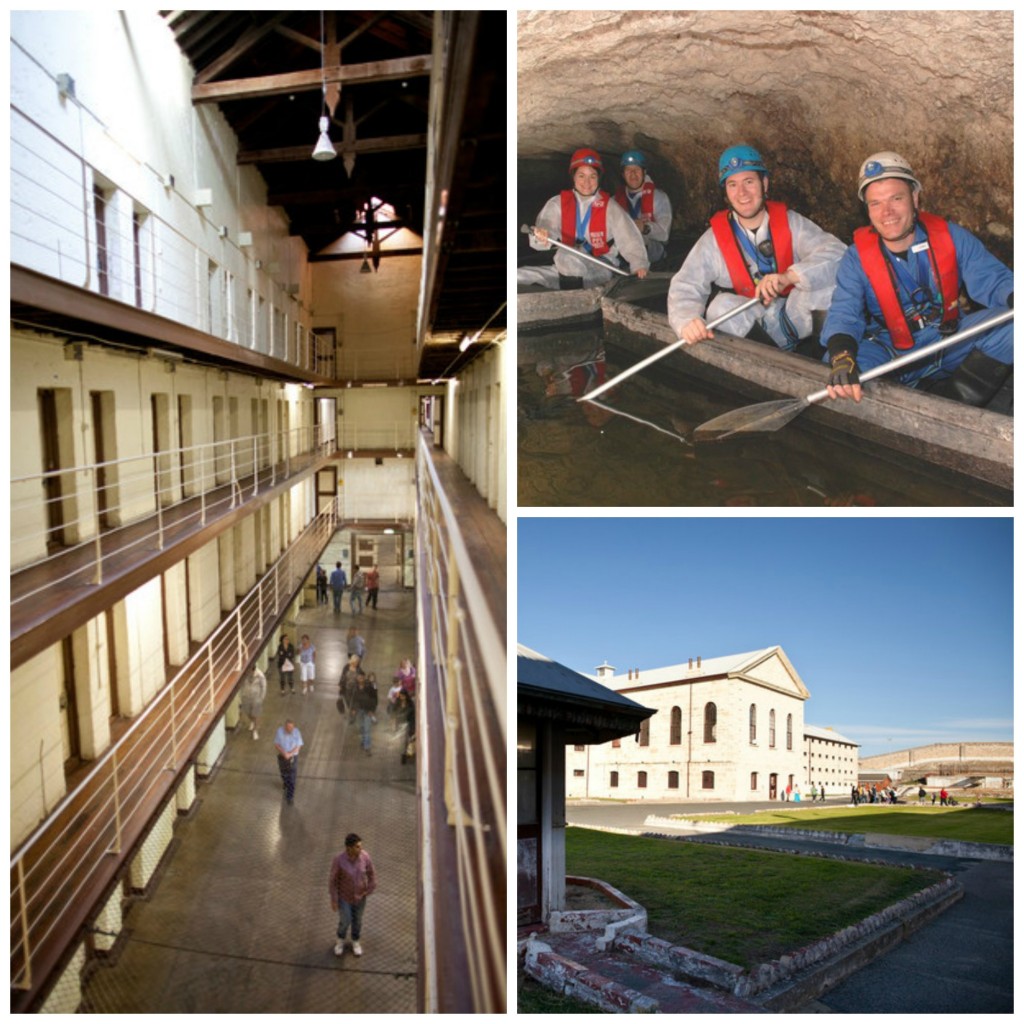 Fremantle is one of the best-preserved 19th-century ports in the world and has a rich tapestry of local heritage and history.

Here are eight easy ways to take a wander into the past and reflect on the bygone days that have shaped Fremantle into the unique place it is today. 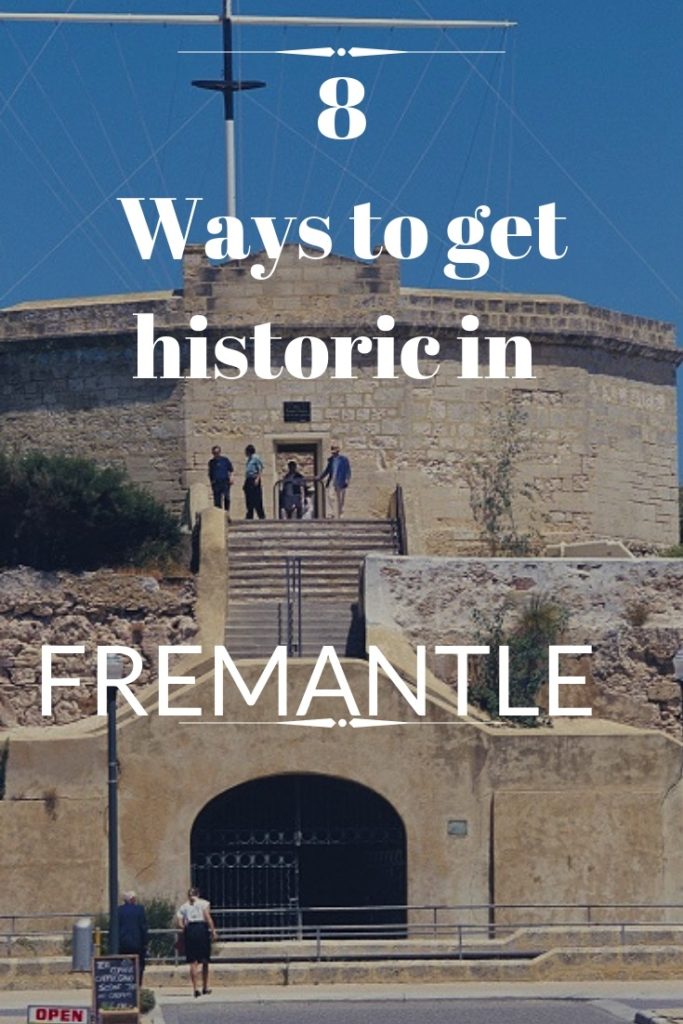 What do Mick Jagger and Alice Cooper do when in Perth? They go to prison. True story, both stars opted for a tour of the prison on their short stay while on tour in Perth.

The Fremantle Prison is West Australia’s only World Heritage Listed Building and replaced the Round House as the main goal in the 1850’s. Unlike its predecessor, it was built by the newly arrived convicts who were made to build their own prison using the local limestone.

Interestingly, the prison was only decommissioned in 1991 and was the scene of a riot in 1988, when prisoners set fire to parts of the prison, taking some prison officers hostage and making demands about their conditions.

The superb guides at the Prison do a fantastic job of bringing alive the rich history and colourful stories of the prison. There’s a range of excellent Fremantle Prison Tours for visitors catering for both day and night options. For daytime tours there’s the Doing Time Tour, taking in the kitchens, men’s cells and solitary confinement cells. My personal favourite is the Great Escapes Tour which recounts some of the daring escapes planned by the prisoners during its 140-year history. This includes the story of the infamous bushranger, Moondyne Joe who managed to get out from an escape-proof cell that was made just for him and was later recaptured inside the cellar of Houghton Winery.

For an eerie experience, take the Torchlight Tour focusing on some of the more macabre aspects of the prison. Or go underground on the two and a half hour Fremantle Prison Tunnel Tour and view the subterranean tunnels built by the prisoners.

For a different kind of night out, take the Fremantle Ghostly Tram Tour which operates every Friday night and includes a tour of Fremantle’s oldest buildings including the prison, The Round House and Fremantle Arts Centre – creepiness guaranteed!

Want to spend the night in jail? No problem, you can now stay at the recently opened Fremantle Prison YHA Hostel and sleep in one of the actual prison cells.

Go back in time at the Fremantle Round House 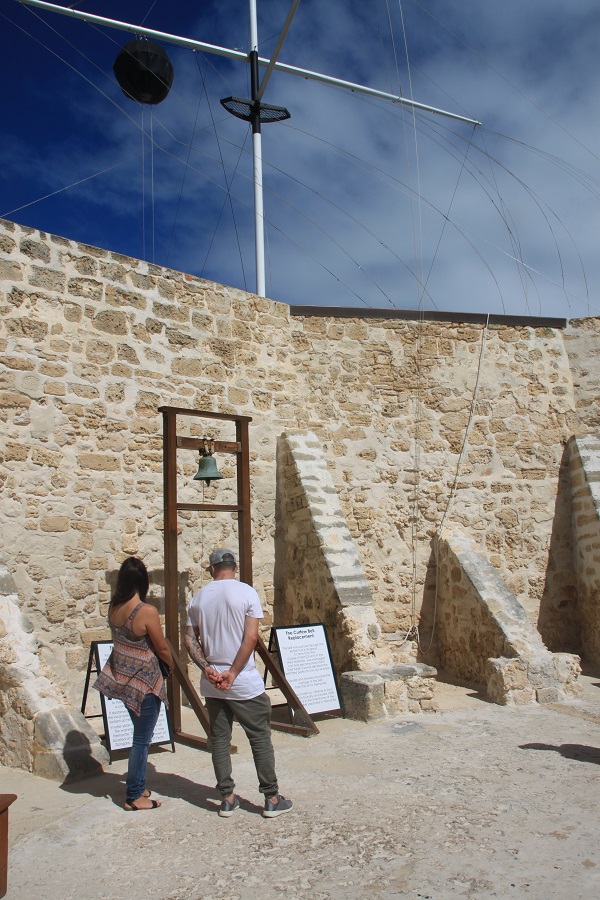 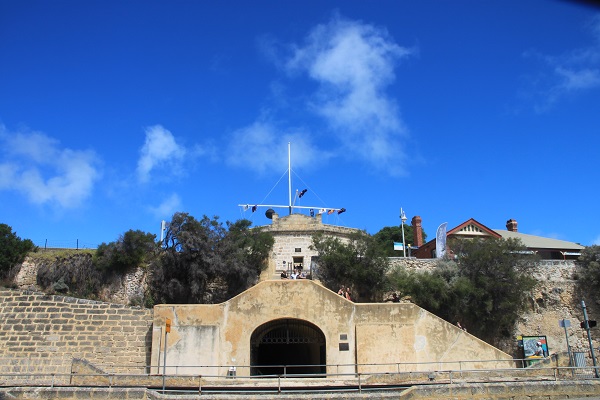 It may be called the Round House but look carefully, and WA’s oldest public building, in fact, consists of 12 sides. Standing at the end of High Street with one of the best views of the West End and Bather’s Beach, the Round House is one of Fremantle’s most visual reminders of its colonial past.

Built as Fremantle’s original goal, the Fremantle Round House was constructed shortly after European settlement in 1829. With the arrival of convicts in 1850, a bigger prison was needed and the Round House became relegated to a police lockup. Later it was used by the Water Police and as a storage facility for the Fremantle Port.

In 1900 a dropping ball and sound signal were built on the southern side of the Round House which was fired each day 1 pm. This daily ritual allowed mariners to adjust their chronometers to give accurate time. Visitors to the Round House can still witness this ritual and volunteer to be the Honorary Gunner to fire the sound signal.

For a gold coin donation, let one of the wonderful tour guides give you an insight into the history of this fascinating building and go on a  journey back to the days of the first settlers.

Salute the past at the Fremantle Army Museum

The idea of an army museum may not appeal to everyone’s taste but this museum offers a lot more than what the name suggests. In Australia’s relatively short history, ordinary West Australia’s were forced to endure a range of international conflicts and the museum does a great job of recounting what life was like for these men and women. On display is an engrossing collection of war memorabilia, including uniforms, medals, photos, vehicles, weapons and scene exhibits.

Much of the Army Museum is dedicated to relics of World War I which had a particularly profound impact on the formation of Australia’s national character. There’s also a great display dedicated to the frequently forgotten role of the Women’s Service played during many of the world’s major conflicts.

Visitors to the Army Museum can experience what it’s like to be inside a bunker and take a close up view of the many tankers and trunks.

The tour guides consist of former war veterans who do an impressive job of recounting their own personal experiences.

Get Nautical at the Fremantle Maritime Museum

Fremantle’s history is irrevocably linked to the sea and the Fremantle Maritime Museum is a great place to explore this affinity with the ocean. The museum is home to America’s Cup-winning Australia II, the history-making Endeavour in which Jon Sanders circumvented the world three times, and many other iconic vessels.

Explore Fremantle’s crayfishing history or find out what it was like to be onboard one of the early migrant boats that arrived in Fremantle port in the early 1950s. You can also take a tour of HMAS Ovens, a Cold War-era submarine.

While you’re there stroll around the Welcome Walls located outside the museum which commemorate the many migrants who arrived in Fremantle by sea. The names of these culturally diverse migrants can be viewed on the plaques in a touching tribute to the people who shaped Australia’s post-world war history. 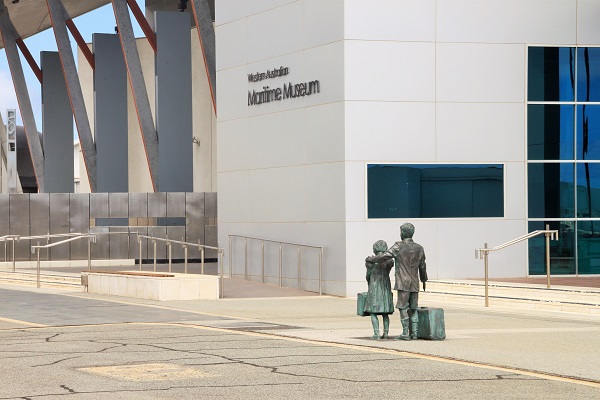 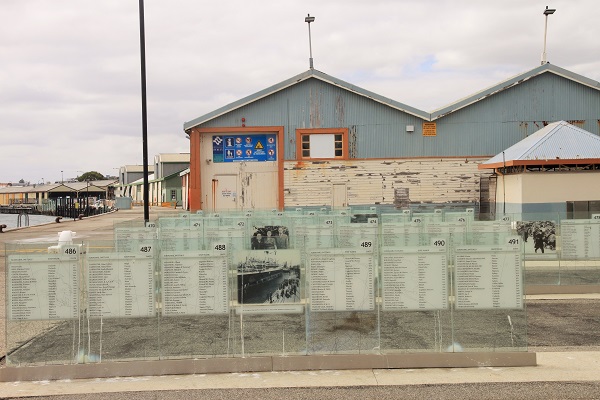 The Fremantle Maritime Museum is opened daily from 9.30 am to 5 pm, excluding major public holidays (Anzac Day the museum is open from 1-5 pm).

Entry is $10 for adults, $7 for children and $22 for families. Extra fees apply for the Submarine Ovens.

Dig up local heritage at the Fremantle Cemetery 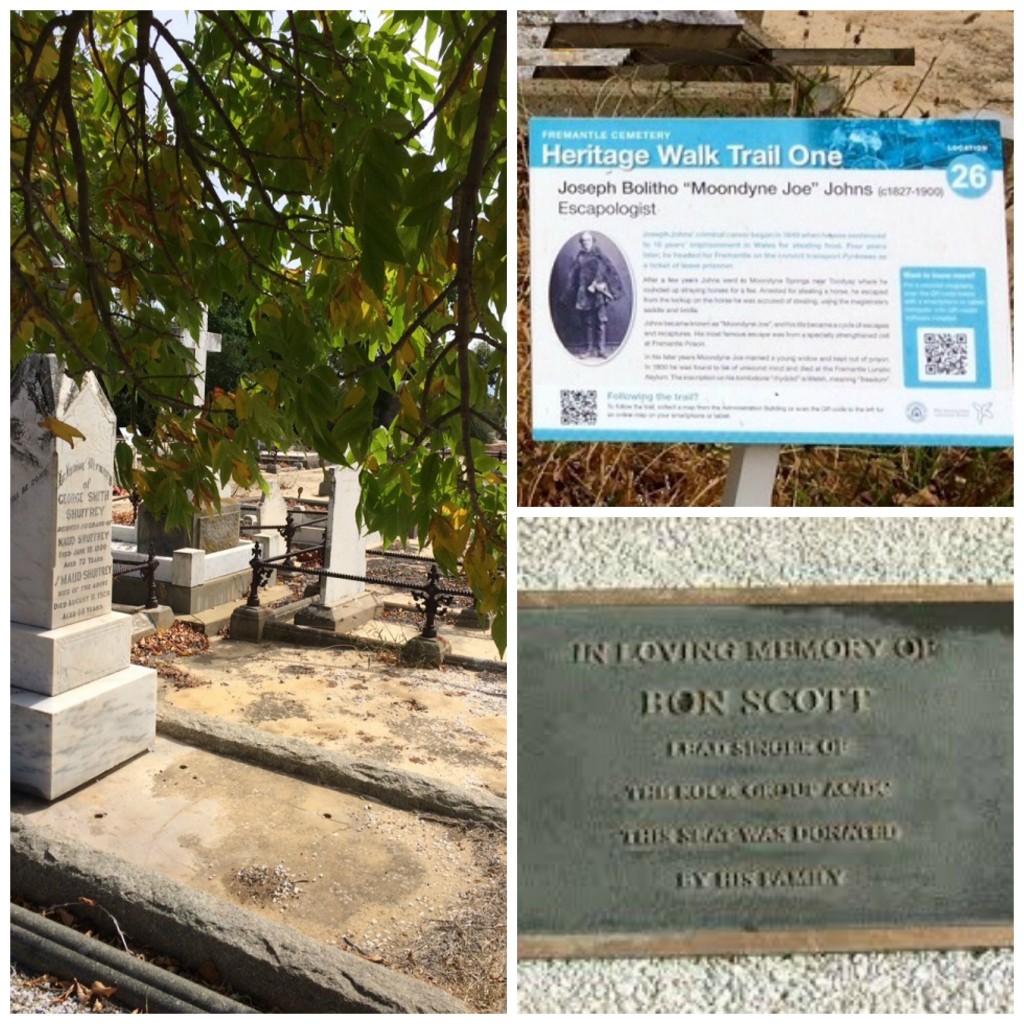 The Fremantle Cemetery is home to some of West Australia’s oldest gravesites and a fascinating stroll into Fremantle’s rich heritage.

Visitors can follow the heritage trail to explore the final resting place of many prominent and notorious West Australians who shaped our early history. Amongst the many gravesites, you’ll find the final resting place of our earliest settlers, including shipbuilders, master mariners, clergymen, merchants and politicians, along with some of the less savoury characters of the early colony.

The cemetery is also home to the most visited graveyard in Australia – AC/DC lead singer Bon Scott, whose gravesite is heritage listed and a cultural landmark. You’ll also find a sculpture of Bon Scott near Cicerello’s at the Fremantle Fishing Harbour. See more about the statue here.

The cemetery has plenty of water features, interesting monuments, memorial walls, tranquil landscaping and memorial gardens that make this a peaceful and serene walk through local history.

For a brochure of the Fremantle Cemetery, Historical Walking Trail click here or collect your map from the administration building at the cemetery.

Hear the Dreamtime Story of the Nyoongar People

The heritage of the Nyoongar People, the traditional owners of the South West of Australia goes back hundreds of thousands of years. For the local Whaduk people, Fremantle is known as Walyalup, meaning the place of the Walyo or Woylie, a small Brush-tailed Bettong.

Fremantle features heavily in Dreamtime stories and remains an important place for indigenous people. For a fantastic insight into indigenous history and culture, take a walking tour with Fremantle Indigenous Heritage Tours and learn about some of Fremantle’s more famous historical sights like the Round House and Bathers Beach from a lesser-known perspective.

Get wrecked at the Fremantle Shipwreck Galleries 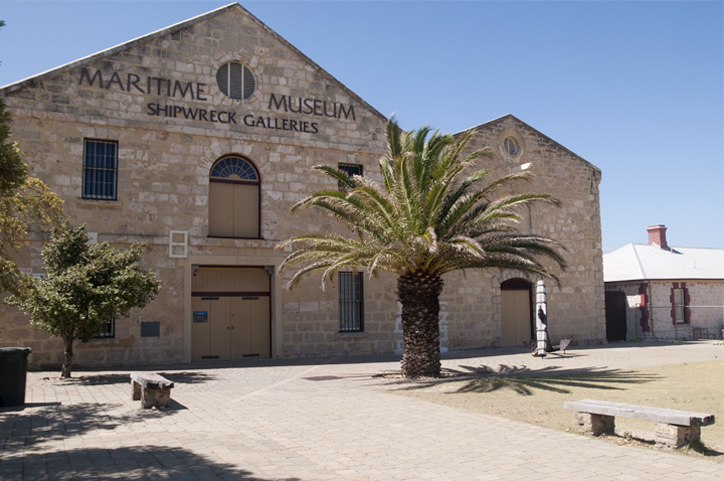 My three-year-olds interpretation of the Shipwreck Galleries is that it consists of many broken boats. A very literal interpretation of the southern hemisphere’s foremost maritime archaeology museum, which contains hundreds of relics from the ships wrecked along WA’s treacherous coastline.

Most notably, the gallery houses the original timbers from the Batavia, the famed Dutch ship, that ran aground in 1629 and which is Australia’s second-oldest shipwreck. On a slightly grisly note, there’s even a skeleton of one of the Batavia crew who was murdered on the Abrolhos Islands.

Visitors to the museum can uncover tales of exploration, disaster, mutiny and survival and get an understanding of the magnificent adventures that contributed to the discovery of the Great Southern Land.

Sail the seas on the Leeuwin Ocean Adventure 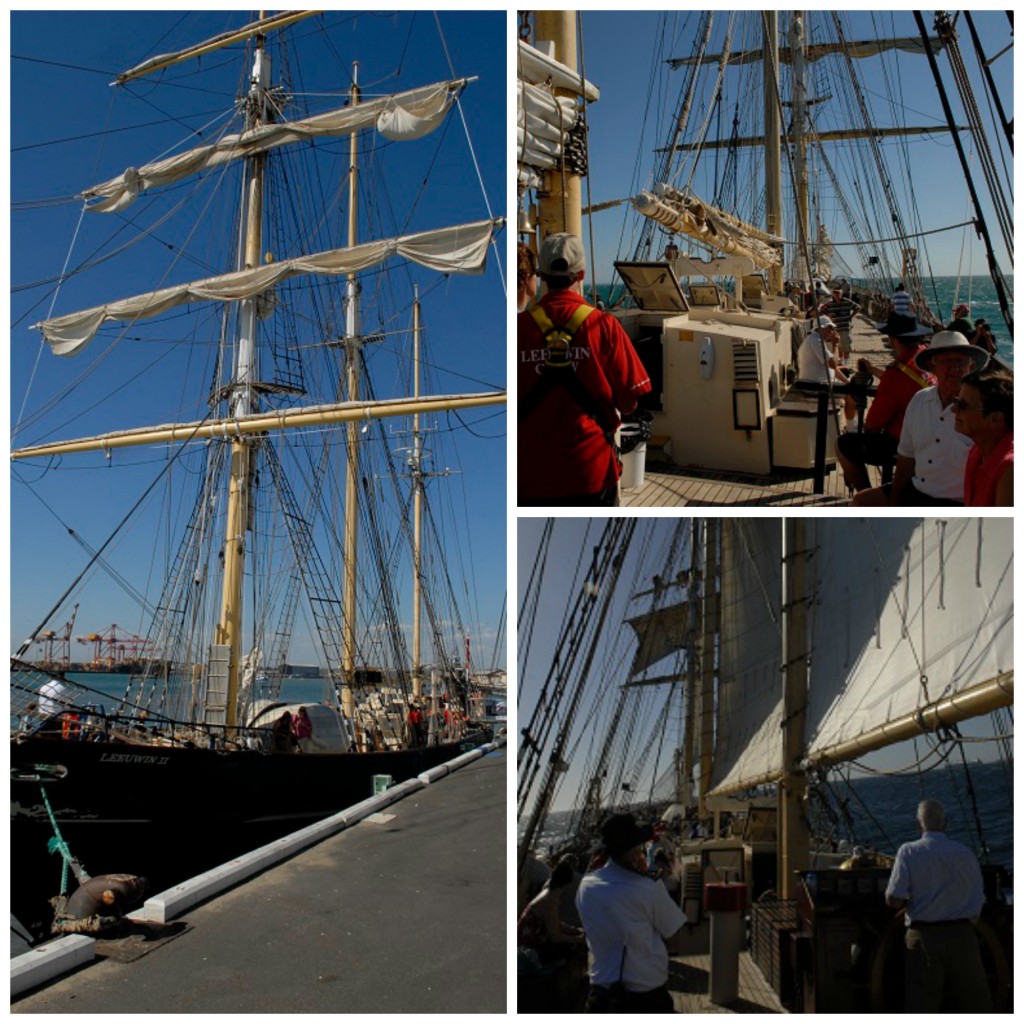 Tall Ships have a long and significant place in West Australia’s history. It’s been four hundred years since Dutch explorer Dirk Hartog sighted the shores of West Australia from his ship, the Eendracht. In 1829, the arrival of HMS Challenger signalled the official possession of the land and the establishment of the Swan River Colony of Perth.

To get a glimpse of the bygone days when these majestic tall ships navigated our horizon, take a tour on the 1850’s barquentine style Tall Ship, the STS Leeuwin II. Moored at the EShed, The STS Leeuwin is Australia’s largest tall ship and offers three-hour coastal sails during the summer months as well as longer voyages.

Sailing on the Leeuwin not only rewards you with fabulous views of the coastline but is also a wonderful taste of what life was like on a tall ship for the ancient seafarers and their crew who navigated our coastline hundreds of years ago. The adventurous can help hoist one of the Leeuwin’s 16 sails or assist with the myriad other duties required to sail a Tall Ship.

10 Great Things to do in Fremantle

Fremantle’s most unique places to stay

West Australian Explorer is the Outdoor Guide to WA, for travel inspiration straight to your inbox subscribe to the newsletter. 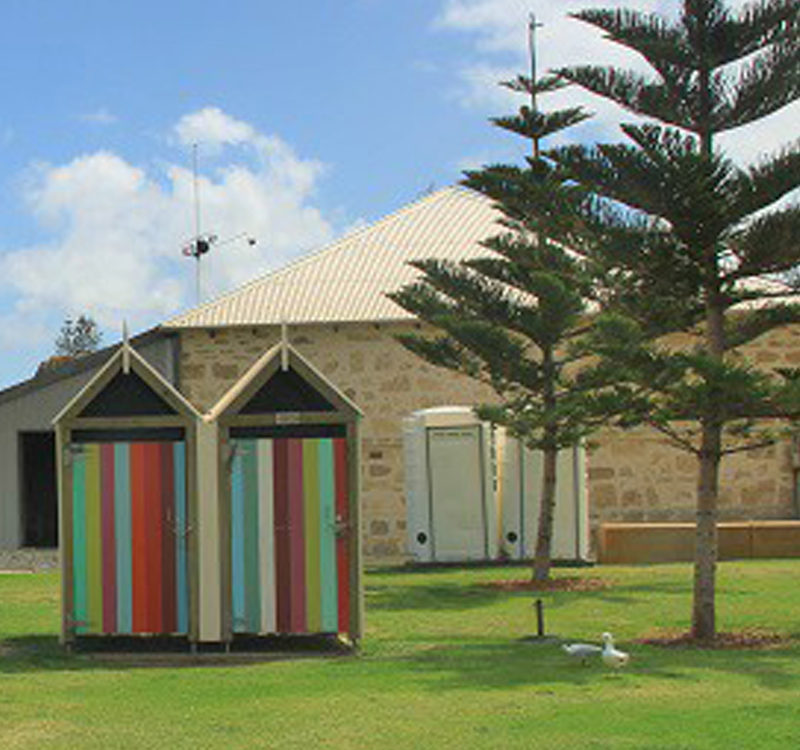 10 Great Things to do in Fremantle locals will love too 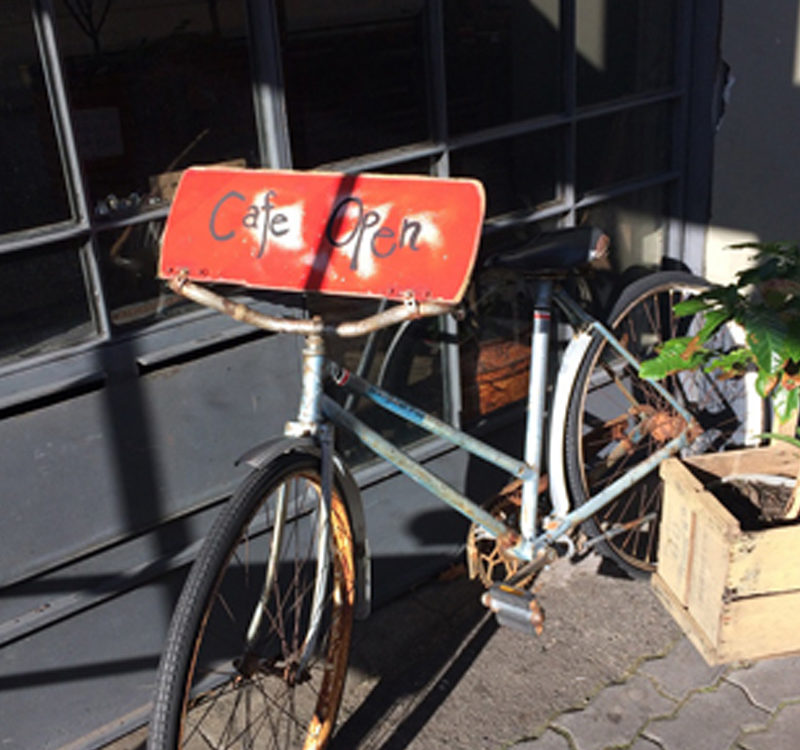 The best Fremantle Tours for a great day out 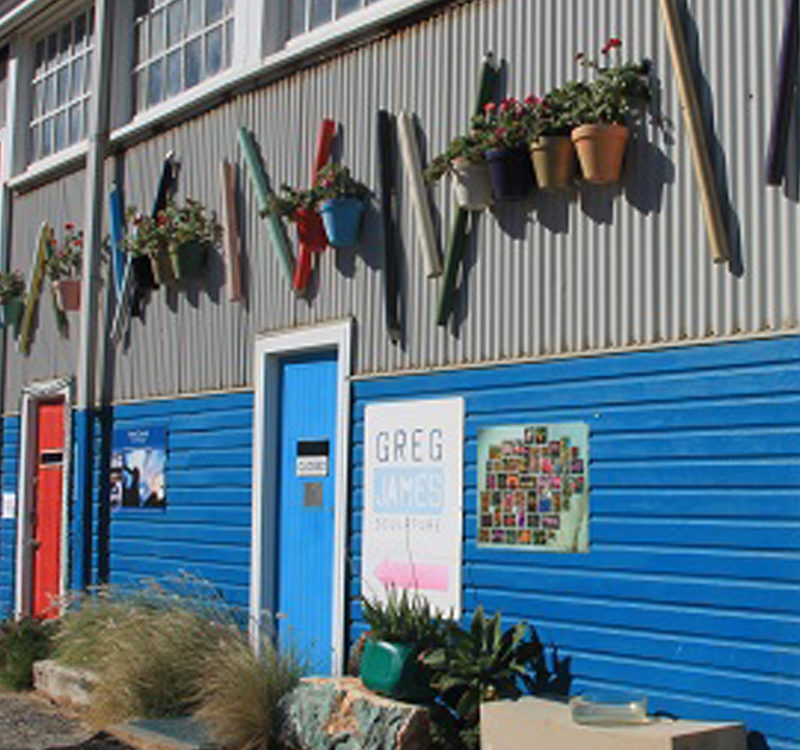