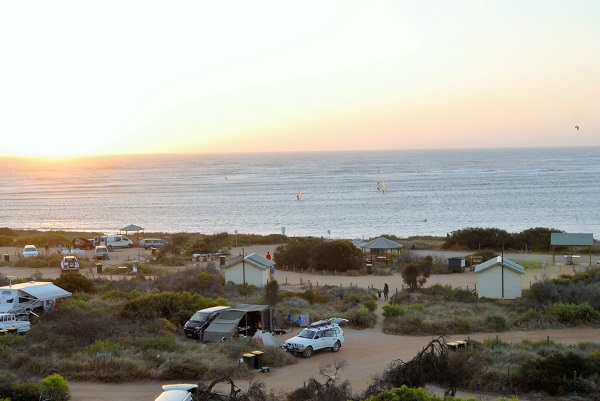 Coronation Beach is a campsite located about 35km north of Geraldton. It’s also one of the best windsurfing and kitesurfing spots in WA – since it’s my favourite spot I’m more inclined to say that it’s the best in the world.

In the windy season Coronation Beach is busy with wind and kitesurfers. At other times of the year, the site attracts the caravaning crowd who make this a popular overnight or weekend campground on their way further north or south. 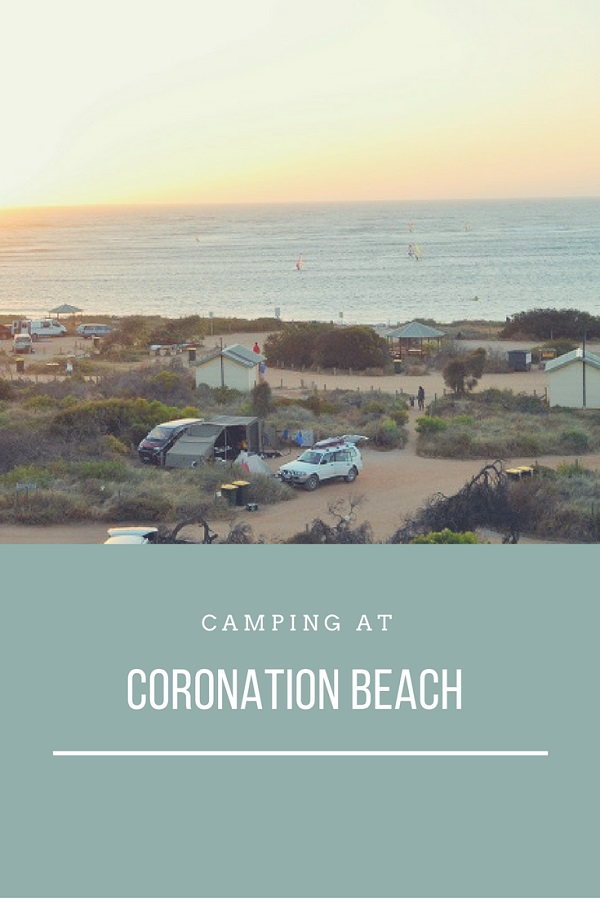 I’ve also heard that it’s a great fishing spot and a good place to get some snapper, mulloway and tailor to bite your line.

From the North West Coastal Highway, it’s an 8km drive along the sealed road to get to the coast. The Coronation Beach campsite is accessible for all vehicles and offers large sites for caravans. There’s no power and no water on site, so you’ll need to bring everything with you. There’s also not much shade on offer and most sites don’t offer much wind protection. What you do get, is a spectacular beach but more on that later. 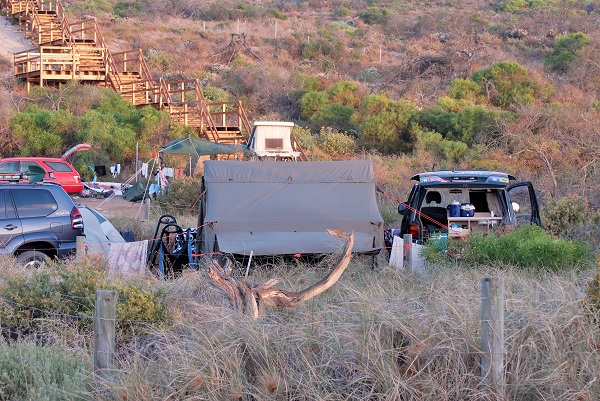 There are two sites available that have a shelter and picnic table and benches. These are on the eastern side, under the lookout platform. I’d say these are probably the best spots, depending on what sort of set up you have. If you’re after privacy, I’d probably go for the spot bordering the fence-line on the southern end of the campsite.

Facilities at Coronation Beach include two gas barbeques, eco-toilets, a small children’s playground and a few communal gazebos offering some shelter from wind and sun. Like I said, there’s no water, so that means there are no showers or running taps. There are shower cubicles to hang a solar shower, so if you don’t have a fancy caravan with bathroom facilities, it’s a good idea to come with one of them.

The campground can get busy, especially during the summer months as it’s popular with overseas windsurfers. I’ve always managed to find a spot though, even during the Christmas and New Year period.

There’s an onsite caretaker there during the busier months. Cost for camping is $8 per night, per person and $7 for pensioners.

Windsurfing and Kitesurfing at Coronation Beach 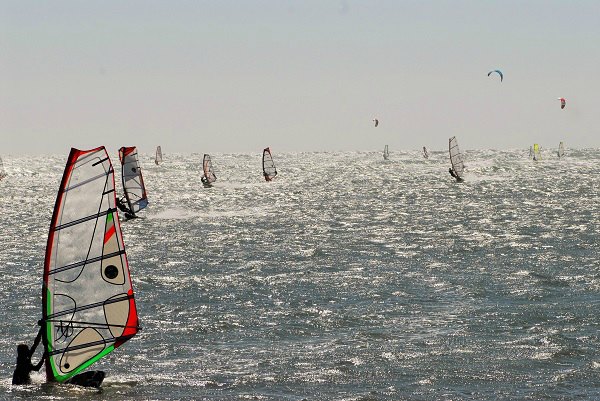 When the wind is on, Coronation gets busy. Windsurfers in particular flock here during the windy season and you’ll find most of the carpark full during this time. For windsurfers, Coronation Beach is one of the best sailing spots in WA. It’s a great jumping area, and also offers some great wave riding conditions.

There are separate rigging areas for windsurfers and kitesurfers. The kitesurfing area is signposted and pretty much right in front of you as you head down the road towards the camp. The windsurfing rigging area is slightly upwind from this – or south of the boat access ramp.

If you’re a kiter, stick to the local rules. You’ll find a sign marking the rules next to the boat ramp area. They are pretty straightforward and work very well. Once on the water, there’s plenty of space for everyone. 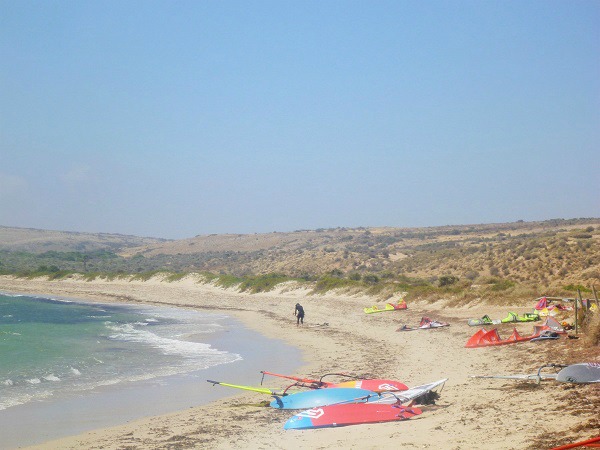 Coronation is a wave spot but there’s a nice flatwater section before you hit the waves. The thing I love about it is that you can pretty much choose the level of waves you want to go for.  In larger swell, there’s a break further out with bigger waves and another break with more moderate waves in the front.  Conditions can get fairly gusty on the beach and close to the shoreline. Keep that in mind when you launch your kites. 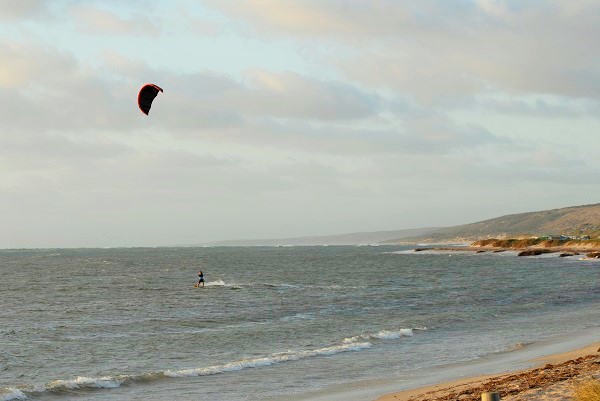 West Australian Explorer is the Outdoor Guide to WA. For inspiration straight to your inbox, sign up to the newsletter.

Things to see and do on the Indian Ocean Drive

The Dog’s Guide to Margaret River 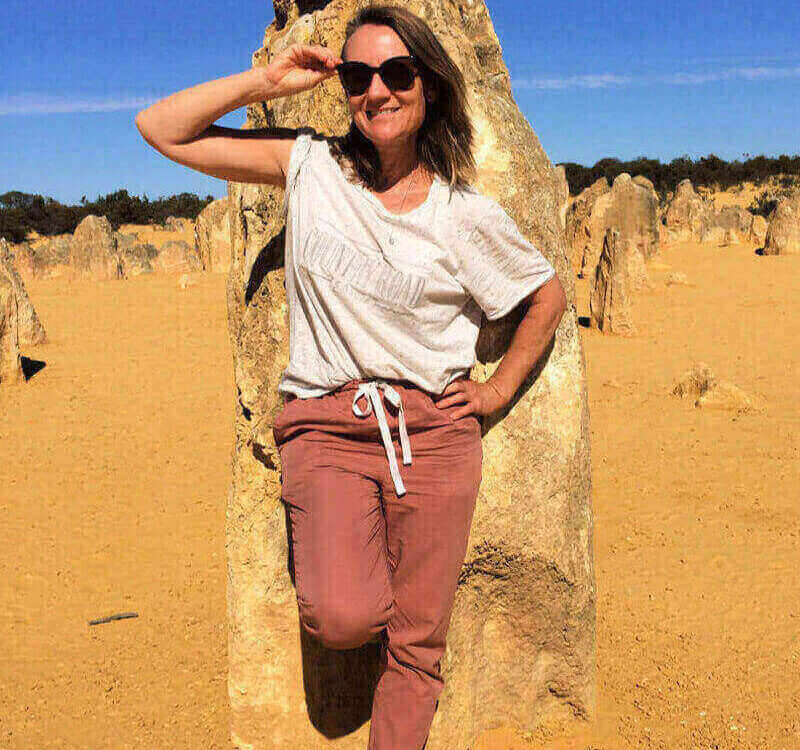 How to visit the Pinnacles, Western Australia’s most unique attraction