Meet the Woman Walking around Australia

Meet the Woman Walking around Australia 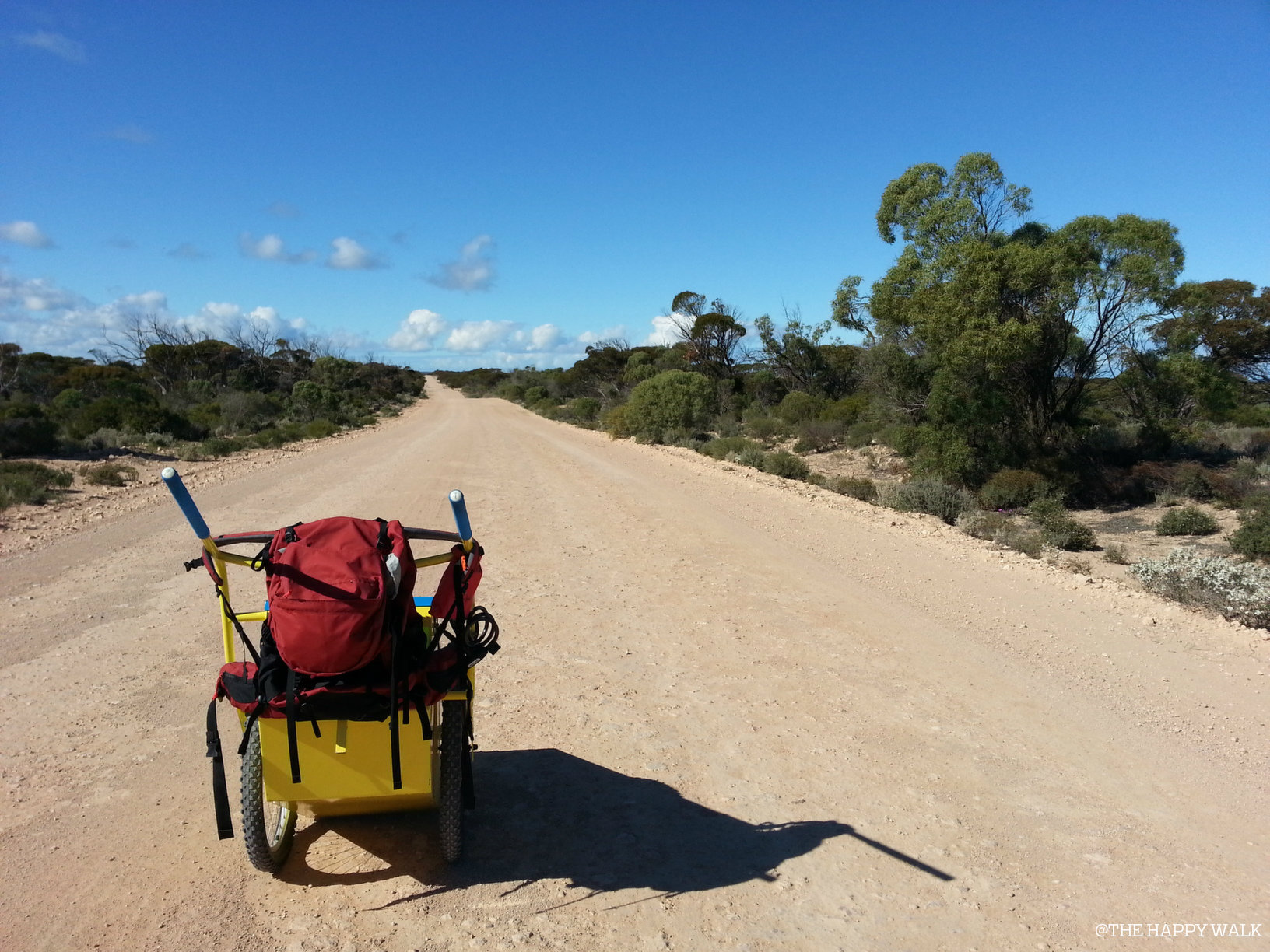 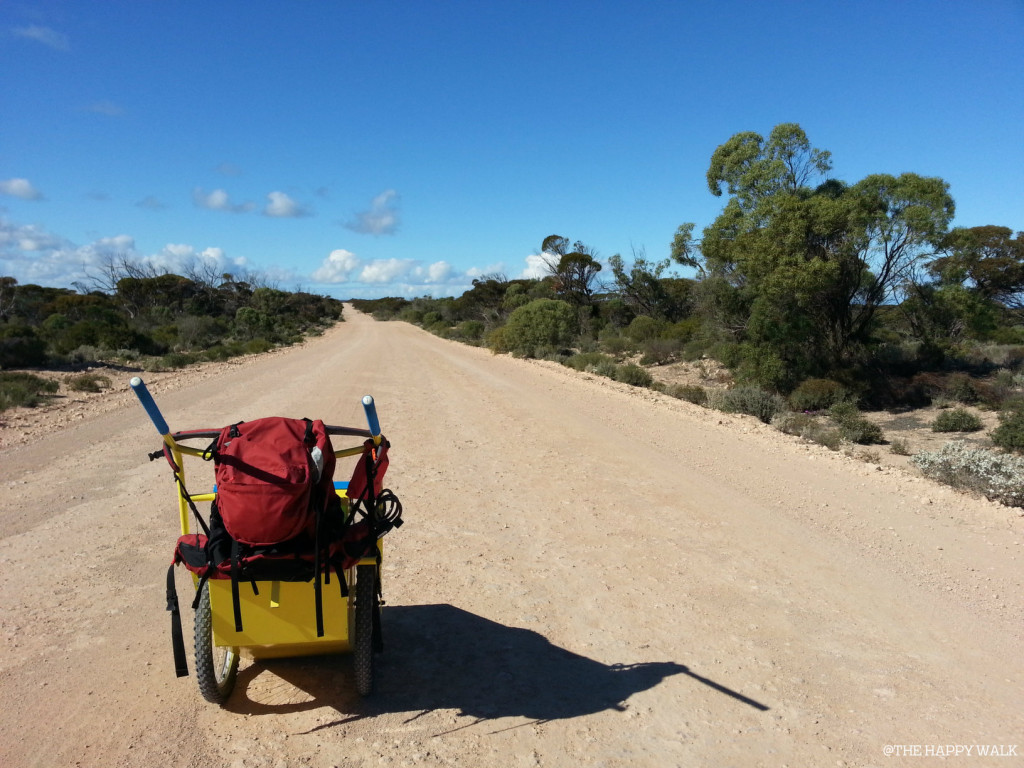 Terra Lalirra, aka The Happy Walk shares her experiences of walking around Australia.

Terra Lalirra, is on a 32,000km, one-woman mission to walk around Australia. The walk, which she expects to take seven years, has already seen her walk from Perth to Melbourne, including crossing the infamous treeless Nullabor Plain and the longest stretch of straight road in the world. She is now on her way to walk over 4,000km from Perth to Darwin.  Anyone who’s even driven a fraction of this stretch of lonely highway, knows that this is no small feat.

Along the way, Terra aims to generate a greater awareness of depression and suicide prevention through understanding, community support and discussion. She is also raising money for Lifeline’s 24/7 mental health crisis support hotline.

You’ve already walked 5,100km through some of the world’s most isolated and driest terrain and are planning to walk a total of 32,000km around Australia What has been your motivation to do this walk?

Initially I was inspired by the book ‘Tracks’ in which Robyn Davidson recounts her remarkable journey of walking across the Australian desert from Alice Springs to the west coast of Australia. I had done long distance walking before but after a downward spiral into depression and three suicide attempts the idea of long distance walking again took hold in my mind and I started turning that dream into reality. Walking became a means of therapy to help my rehabilitation and get better.

I started The Happy Walk in September 2012, after setting off from St Kilda and then walked around Tasmania. Due to illness, I had a year off in 2013 but resumed the walk again last year. As I go, I am talking about mental health, wellbeing, suicide prevention and depression and raising awareness about these issues wherever I can. The feedback that I have been receiving during the walk has given me the courage to keep going. 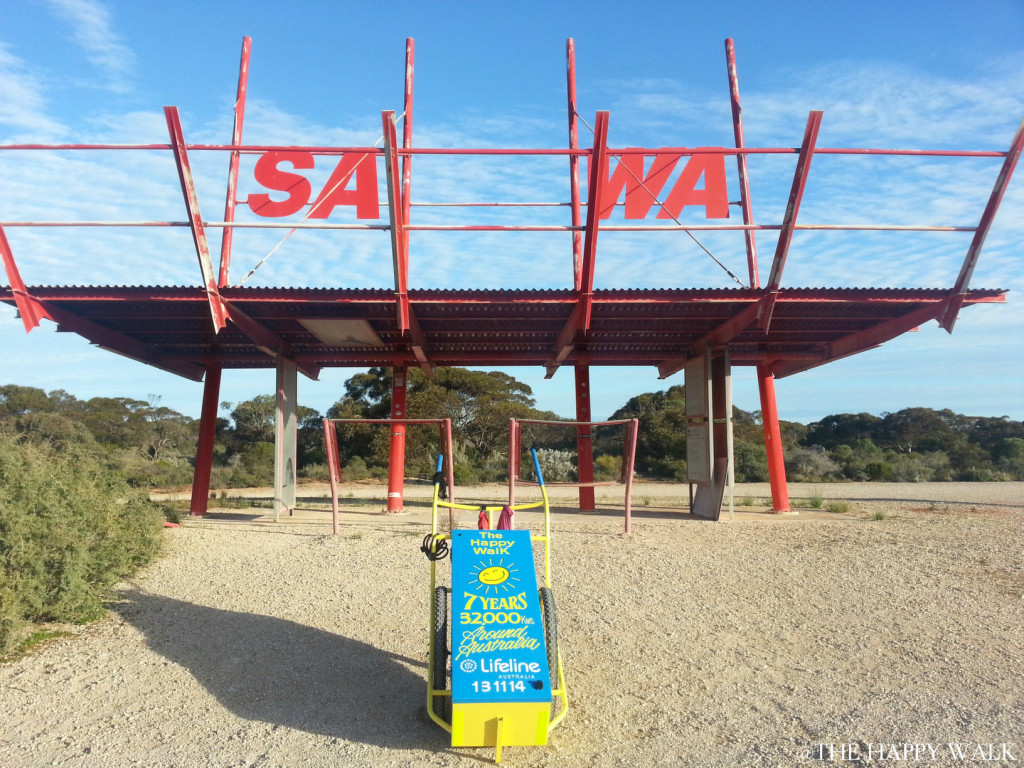 What have been some of the highlights from your walk?

The highlights from the walk are a combination of the human aspects, such as the people that I meet along the way and other highlights involving the natural surroundings that I walk through. Walking through the landscape allows you to see, taste and hear so many things that you miss when you’re driving.

One of the most exciting things I have done on the trip has been the Shark Cage Diving in South Australia with Calypso Charters. Another definite highlight was watching the whales along the Great Australian Bight.

I’ve met so many fantastic people on this walk. I’ve chatted with farmers across the fence who heard on the radio that I was passing through. I have also met lots of truckies at roadhouses who come over for a chat and it’s been really interesting hearing and learning about the issues that affect them. The truckies have been fantastic support along the whole trip and I really feel like they’re watching my back.

Australia is the driest continent in the world, and distances from town to town are immense. Even roadhouses are sometimes hundreds of kilometres a part. What are the essential items that you need to pack to survive this walk?

I have a wheelbarrow cart that I push to transport all the things that I need. This weighs at least 60kg sometimes even more –the most important thing is of course carrying enough water and food to get me through. I usually have at least 20 litres of water with me and enough food to last two weeks. Fresh fruit and vegetables are the biggest luxury as it’s impossible for me to keep anything cold. I carry lots of powdered foods and mineral supplements. When I crossed the Nullabor I sent packages with food and other necessities to the roadhouses along the way so that I could collect them as I went. For this next leg of the journey to Darwin, I’m hoping that I can arrange for truck drivers to leave parcels for me along the way.

I also have a small and very light one-man tent and a customised shade awning to get out of the heat on those hot days on the road. I also carry a first aid kit and a few luxury items such as books. 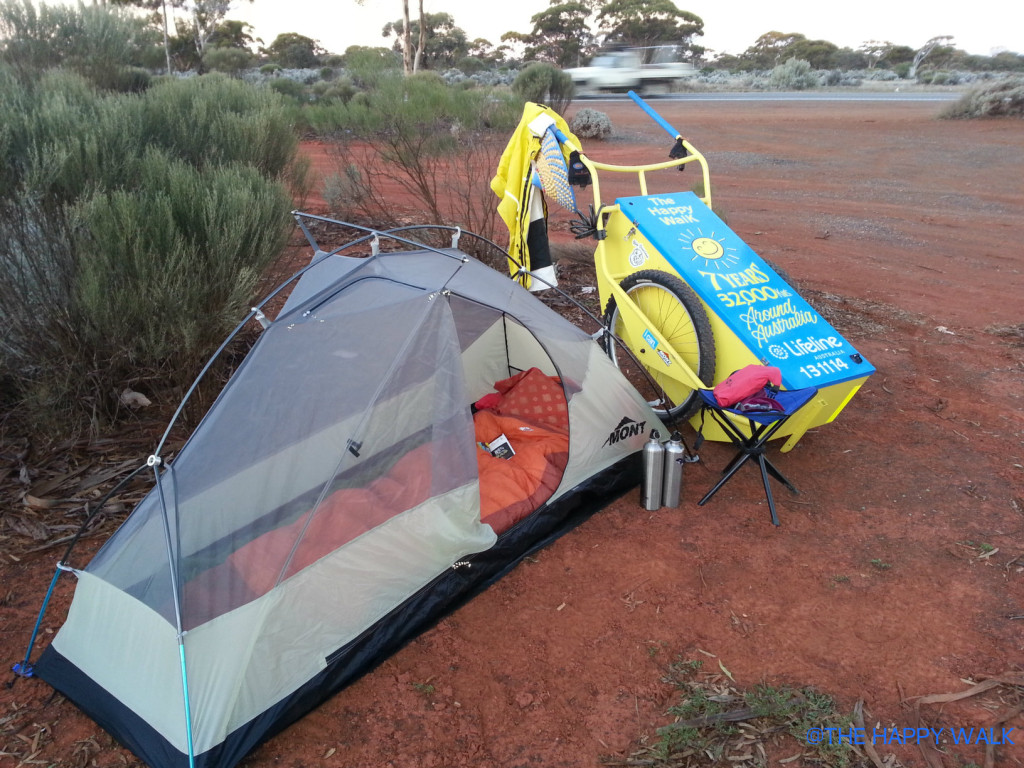 What’s a typical day for you during your walk?

I get up around 3am, pack up my camp and am usually on the road at 4am. I then walk for at least six hours. Depending on the weather I may keep walking or wait until after 5pm and then walk another 2-3 hours. I stop every 20km to assess my physical conditions to check whether I’m hydrated enough and feel good enough to keep going. If it’s more than 35 degrees I stop and wait for it to cool down before I set off again. On average, I walk about 35km a day but it really varies from day to day.

I camp on the side of the road about 80 percent of the time because often the distance from place to place are too big. It can be over 200km to get to another town or roadhouse.

Have you had any encounters with wild animals along the way?

On one occasion, a wombat was poking around my tent. I also see and hear the occasional dingoes but they don’t worry me too much, as long as they keep their distance and if there’s just one or two of them rather than a whole pack. Snakes don’t really worry me but I make sure that I keep the tent firmly closed. They will definitely crawl into the tent if they can find a warm and cosy spot inside the sleeping blanket. 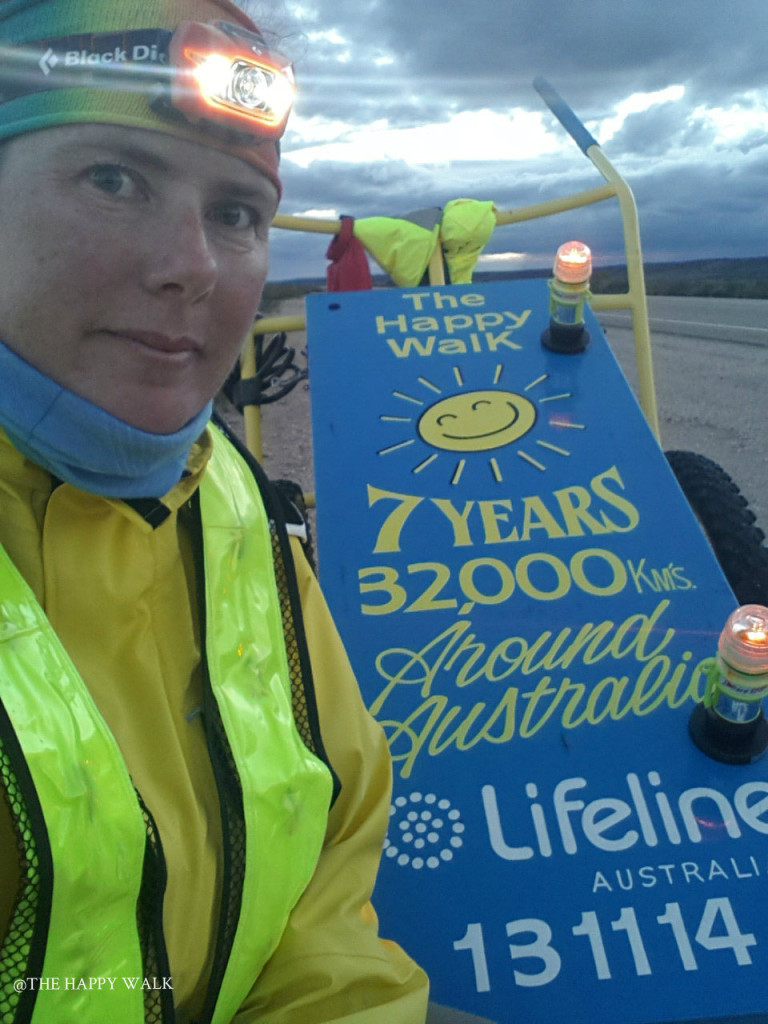 Have you had any scary moments along your trip?

Yes, on one particularly long day of walking, I was still on the road at 9pm because I really wanted to get to a particular picnic spot. I prefer sleeping in areas where I know that there are going to be people so I kept going until I reached the picnic area. Once I got there though, the place was deserted and there was nobody else around. I set up my camp and fell asleep in the tent. I woke up in the middle of the night with that weird feeling that someone was watching me. All my survival instincts were on full alert and as I slowly turned my head around I saw that it was an owl staring right at me. That gave me a big fright but I was definitely relieved that it was an owl and not a person.

What’s next for The Happy Walk?

Next I’m walking from Perth to Darwin, setting off towards Yanchep, Lancelin, Jurien Bay and Geraldton. I’ve been lucky to have been offered accommodation at some excellent spots. I will also be talking about mental health at a school in Jurien Bay. After that I’ll keep working my way up the coast to Coral Bay where I plan to have a few weeks rest and hopefully swim with the whale sharks. Then it’s further north to Broome and hopefully I’ll make it to Darwin before the beginning of the wet season.

If you see happen to see The Happy Walker on your travels in Australia give her a wave or stop for a chat. 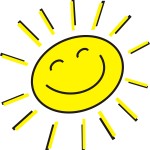 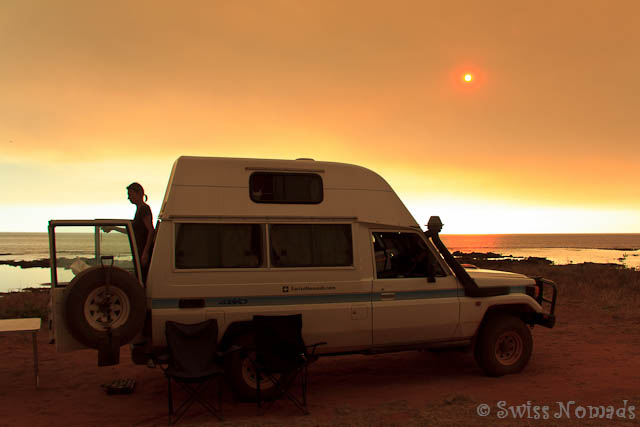