The incredible Wildflowers of Western Australia

The incredible Wildflowers of Western Australia 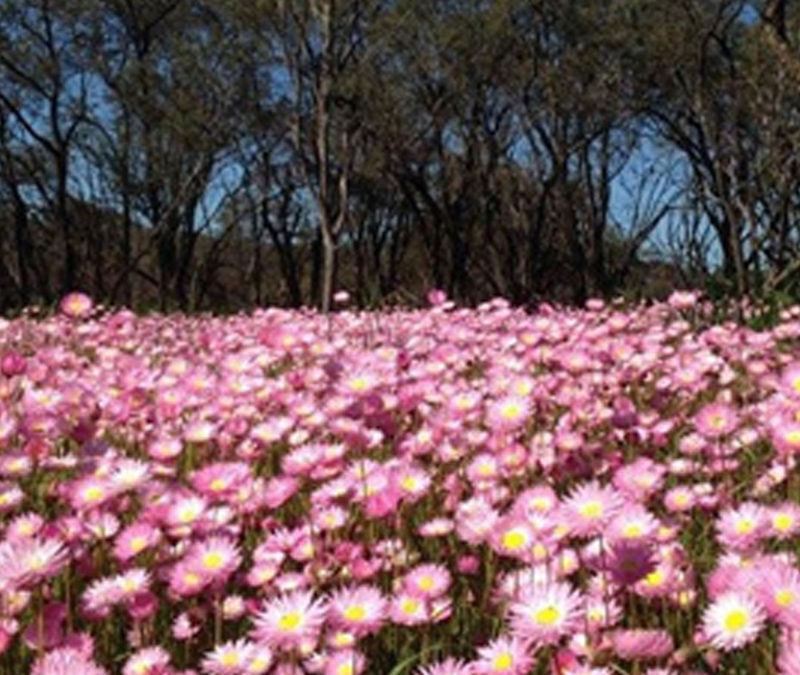 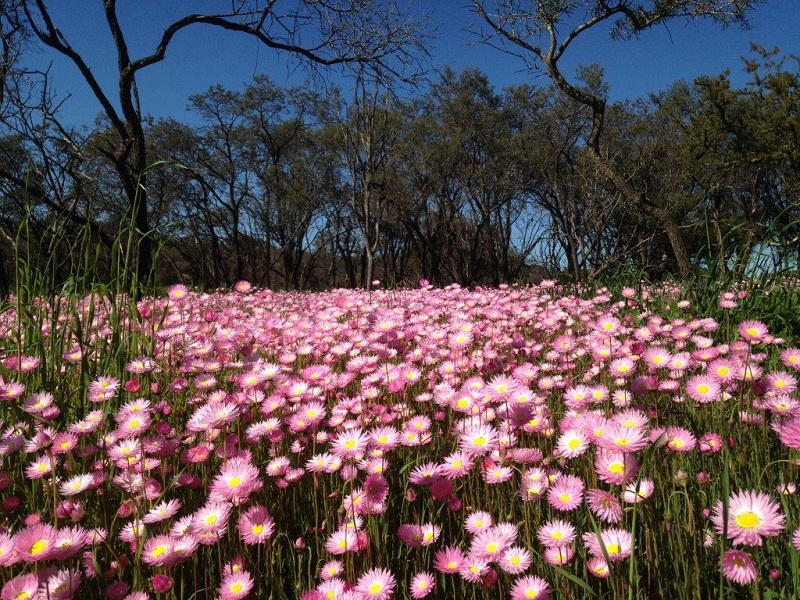 The wildflowers of Western Australia are one of the most spectacular flower displays in the world. Between July and October, many parts of the state become blankets of colour with everything from tiny crimson myrtles, dainty smokebush, fiery mountain bells and over 150 varieties of orchids coming into bloom.

Australia’s southwest corner, spanning in a triangular shape from Shark Bay to Esperance is one of only 34 biodiversity hotspots in the world and one of two in Australia.

The WWF defines this region as one of the most ecologically significant areas in the world due to the high number of rare and endangered species found here. Almost half of the 8,000 plant species in this region are not found anywhere else in the world. Some of the reason for this huge biodiversity is that the southwest region has been isolated for millions of years by the vast surrounding central deserts and oceans.

When to see the wildflowers in Western Australia 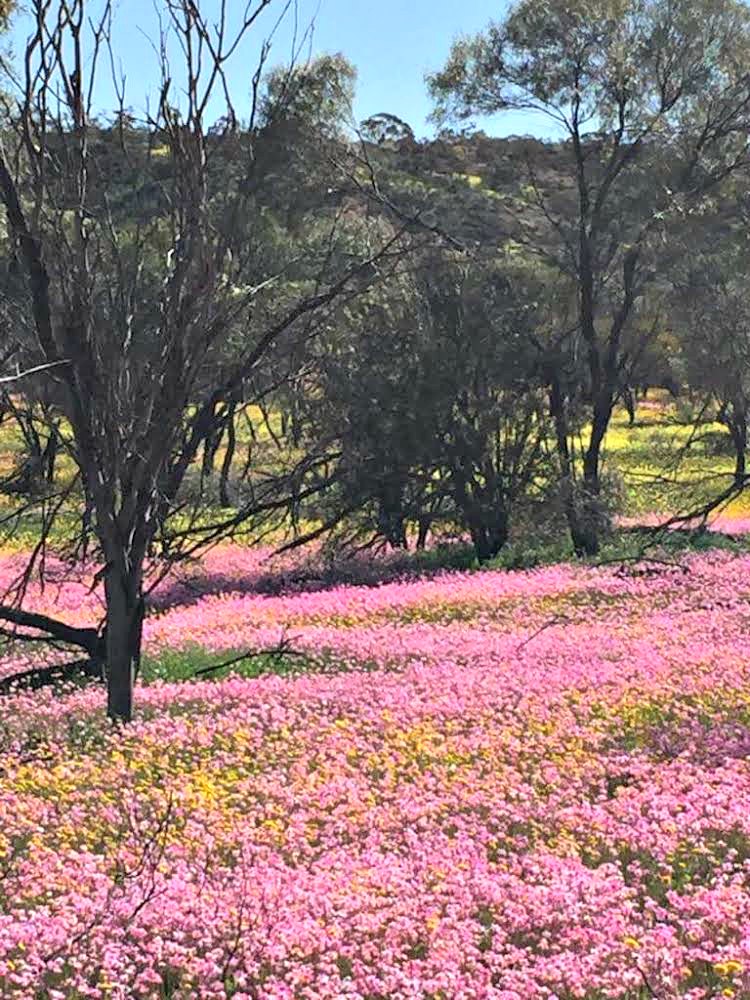 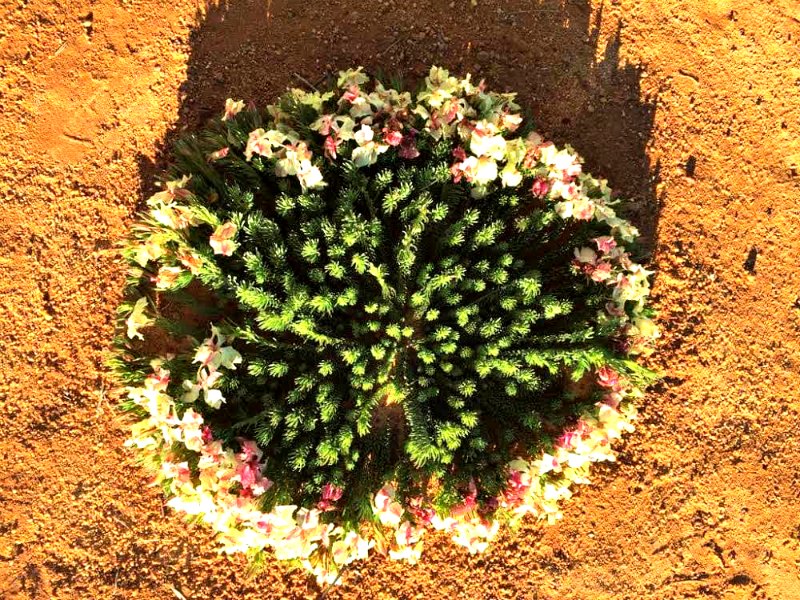 From June to December this biodiversity is on vivid display, with the flowering of thousands of species of wildflowers in Western Australia. Typically, the wildflower season in Western Australia begins in the state’s north including the Pilbara and outback regions by June and July. Wildflowers then continue to bloom further south, including in the Wheatbelt and Perth region from August and September and slightly later in the southern regions.

Most regional tourism offices in WA provide regular updates with wildflower information from June onwards. These offices are the best source for finding out where and when the best wildflowers are on display.

Where to see wildflowers

One of the joys of the wildflower season in Western Australian is that you come across the colourful floral displays almost everywhere you go. Roadside kerbs, bush trails, paddocks and coastal dunes come alive with colour.

While you can see Western Australian wildflowers almost anywhere you go, I’ve listed some of the best places below. 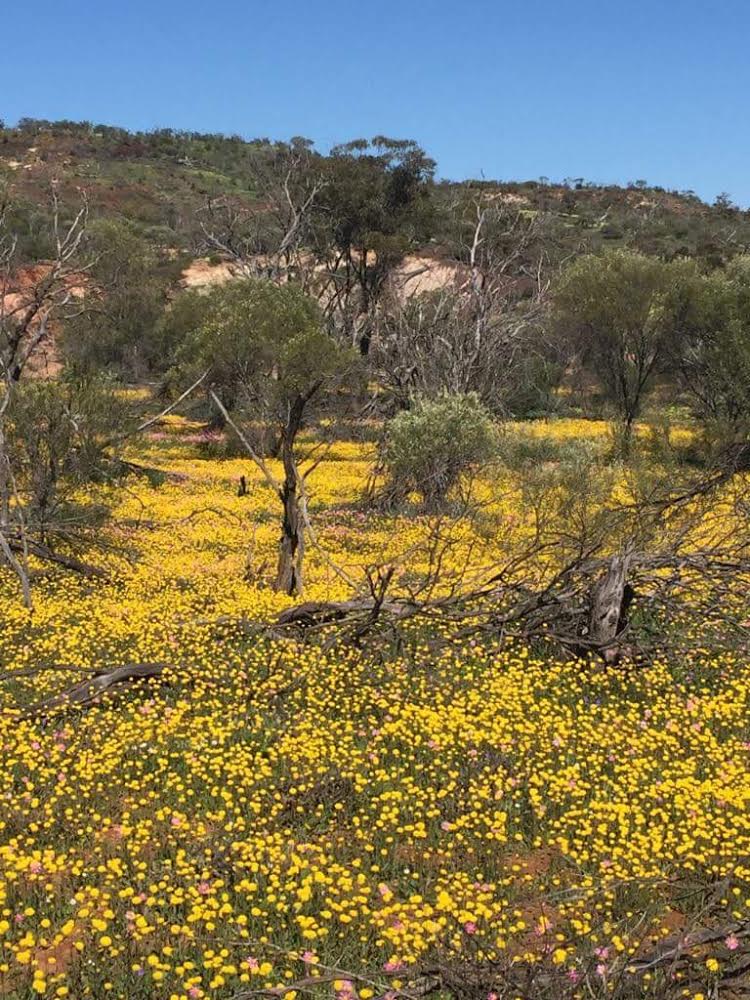 Lesueur National Park is a short drive from Jurien Bay and off the Indian Ocean Drive. The national park is one of the most significant conservation areas in the state. Lesueur National Park has over 900 species of wildflowers with most of these rare. There are some great walk trails throughout the national park with excellent displays of Australian native flowers throughout the year and great views of the Indian Ocean. 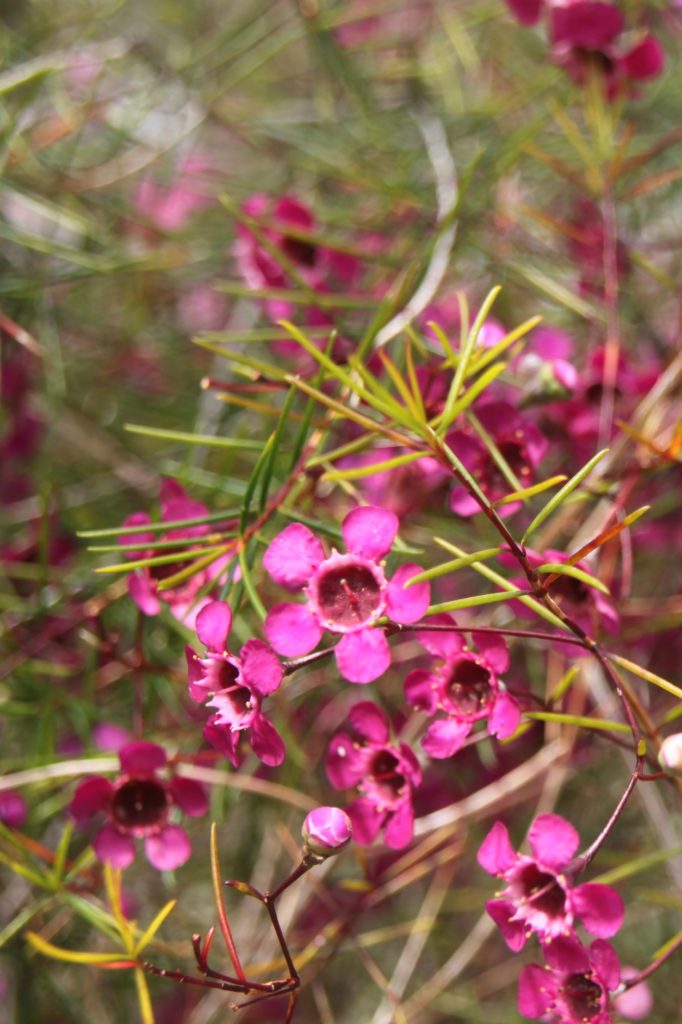 The so-called wildflower country consists of the mid-west towns of Moora, Morrawa, Mullewa, Mingenew, Perenjori and Wubin. This is the best place to see the famed carpets of Everlastings, as well as the Wreath flower.

There are plenty of walk trails dedicated to seeing wildflowers throughout this region. Mullewa also hosts the annual Wildflower Show in August.

Coalseam Conservation Park east of Mingenew is another excellent spot for wildflowers, The rugged gorges and riverbanks inside the park create an amazing contrast to the flower displays. 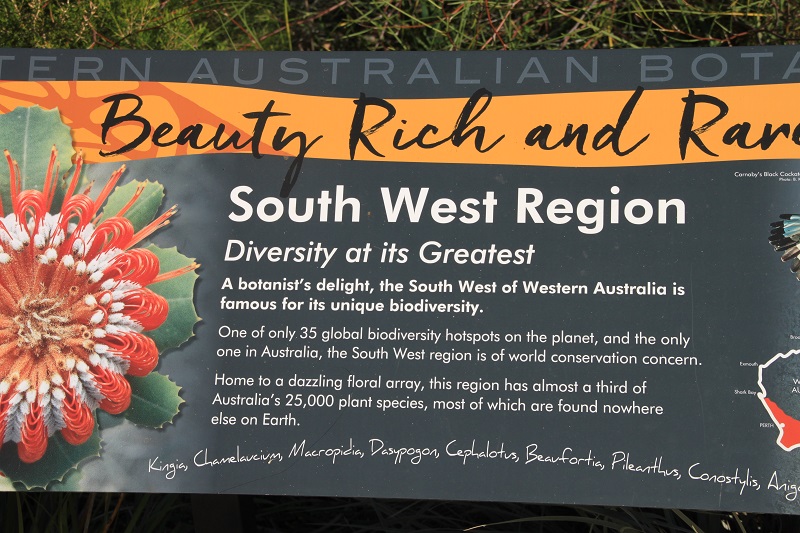 Both towns on the Brand Highway are wildflower hot spots. In Badginagarra, the Iain Wilson Trail (formerly the Badgingarra Nature Trail) near the roadhouse, is a 2km walk in the national park where several orchid varieties can be seen.

The many forests and national parks found in the southern forests provide ample opportunities to see wildflowers. The Stirling Range National Park has over 1,500 species of wildflowers including more than 100 different species of Orchids including renowned Queen of Sheba Orchids and Stirling Bells.

The Karri Forests in Pemberton provides a wonderful backdrop to the myriad colours of the seasonal wildflowers while Entrecasteaux National park is one of the most stunning coastal landscapes in the state, especially during springtime.

Wildflowers are abundant in the Blackwood River Valley, particularly near Bridgetown and Greenbushes. In Nannup head to the Kondil Recreation Park or the St John Brook Conservation Park for wildflower spotting or try Golden Valley Tree Park in Balingup. The region is home to many varieties of Orchids including Donkey Orchids, Spider Orchids and Cowslip Orchids as well as the Clematis, Sundew and Hardenbergia wildflowers. 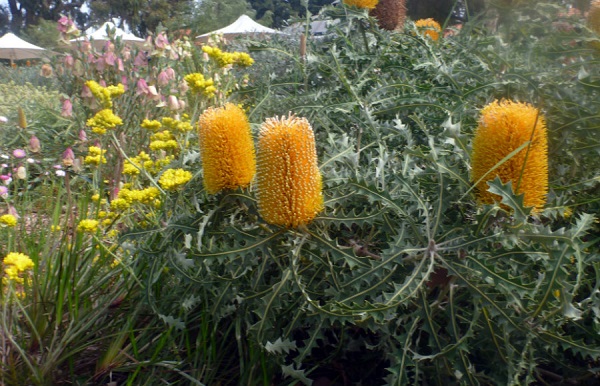 The central Wheatbelt area has a large number of Australian native flowers, particularly many orchid varieties. Good spots in the area are Merredin and surrounding areas and Wyalkatchem which has some rare orchids and everlastings.

Wave Rock and Westonia are also beautiful wildflower spots and you can follow the self-drive Wave Rock Wildflower Trail that takes in the main highlights. 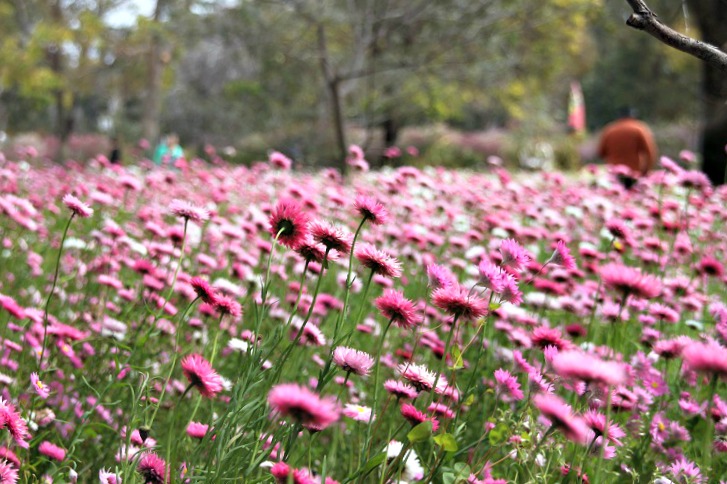 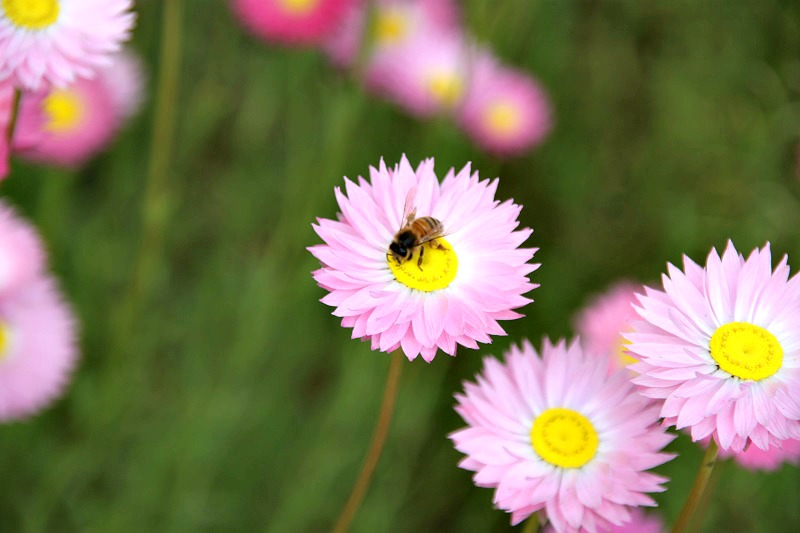 Perth has many top spots for flower lovers. One of the best is Kings Park, especially during the annual Wildflower Festival held in September when hundreds of wildflowers are in bloom.

There are many tours dedicated to wildflowers that operate during wildflower season. The advantage of taking a tour is that someone else has done the research about the best locations possible to see the most varieties of flowers. 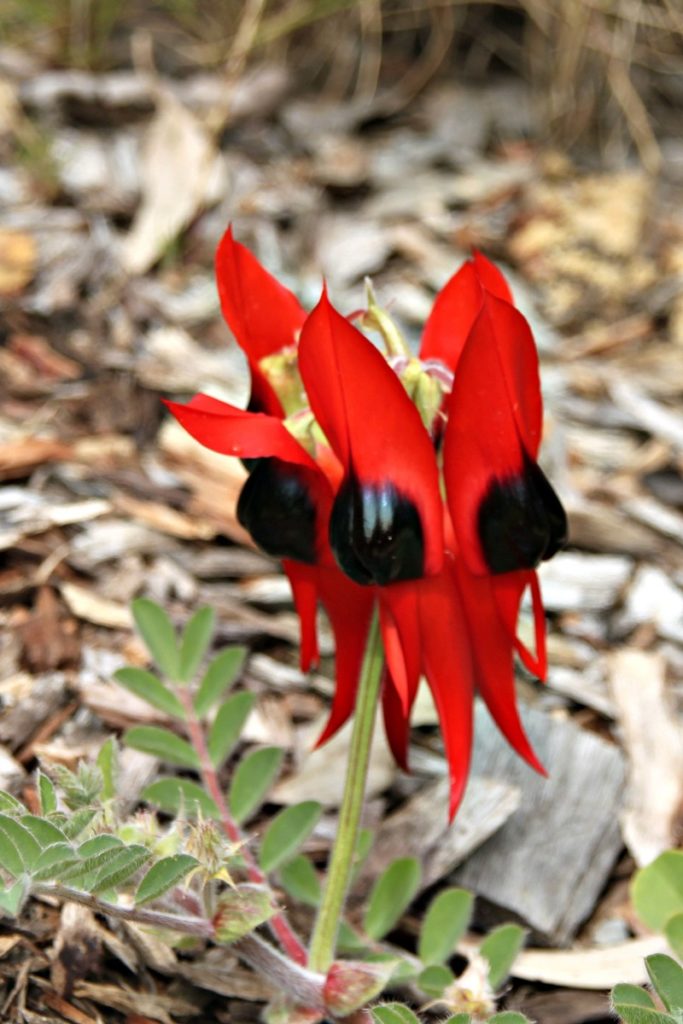 There are plenty of options for wildflower self-drive tours from Perth and regional towns.

For a day trip options from Perth, this self-drive tour starts in Moora and takes in the surrounding area. A map can be downloaded here.

You can find more self-drive tours in Western Australia here.

West Australian Tourism has an excellent wildflower guide that can be downloaded here or visit the website of the  Wildflower Society of Western Australia here. 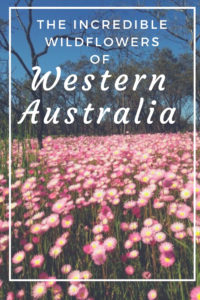 Things to do in Fremantle that locals will love too 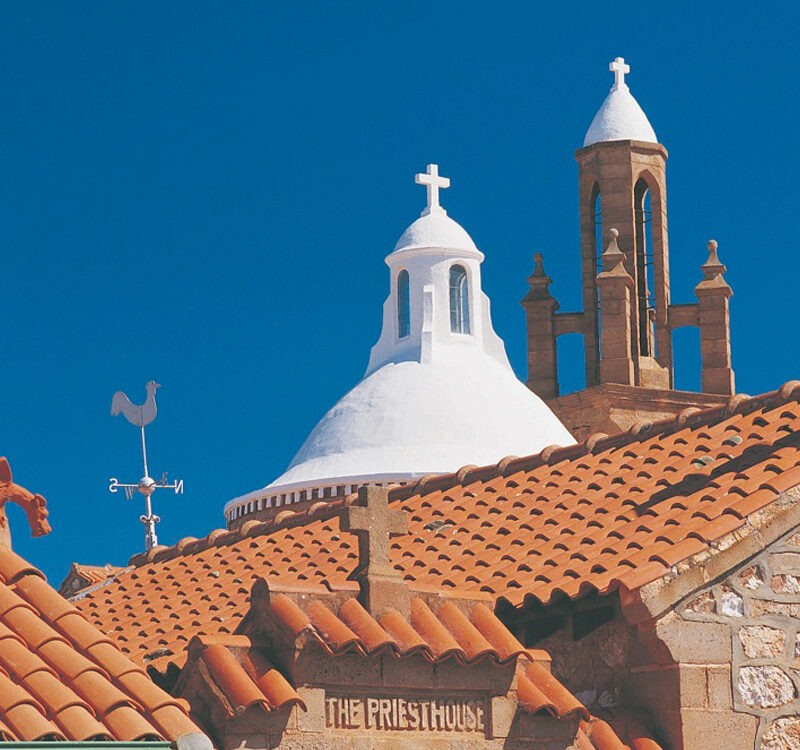